Bordered by Williamsburg and Bushwick, Greenpoint is the northernmost neighborhood in Brooklyn, alongside the East River. Often referred to as, “Little Poland,” Greenpoint has a thriving Polish community featuring authentic Polish cuisine. Originally farmland, Greenpoint became an industrial maritime area and has hit the pop culture trend as it serves as the location for the hit HBO show, “Girls.”

Greenpoint is booming as more visitors are discovering the area and enjoying its authentic vibe, delicious food, waterfront, and atmosphere. Staying at Hotel Le Jolie puts you within a short stroll of most of Greenpoint’s most popular restaurants and shops, giving the guest an authentic Brooklyn experience. 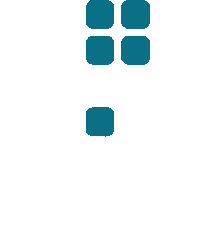 YOUR ALTERNATIVE HOTEL
CHECK OUT OUR SISTER PROPERTY